Our Board of Trustees

Lisa Sabol became a Board member in 2015 and currently serves as President. As a member of the Leadership Hudson Class of 2014, she worked with her classmates to complete two projects; Race to the Taste, a family friendly 1 mile and 5K fun run, with proceeds designated to establish four city entry signs located on the north and south corridors of Darrow Road and East & West Streetsboro.

Lisa currently works as Senior Director of Principal Gifts at The University of Akron and prior to that, she spent 12 years at Western Reserve Academy in the development team. In her spare time, Lisa enjoys volunteering within the community, running, spending time with family and friends, and traveling. She holds a bachelor’s degree in communication management with minor in marketing and political science from the University of Dayton and an M.B.A from The University of Akron. 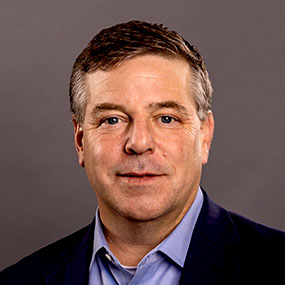 James Hill, incoming 2022 President of Leadership Hudson, started on the board at Leadership Hudson in 2015 and has served in several capacities such as Secretary and currently Vice President. As a member of the 2013 class, James help lead the Race to the Taste fundraiser which purchased the City signage at the four major routes into Hudson.

Currently, James is the Vice President of Global Sales and Aftermarket for Alpha Technologies, based in Hudson, Ohio. James has a diversified career working in several leadership roles in electromechanical device technical sales. He currently enjoys spending time with his family, running, work out, cooking and travel. He holds a bachelor’s of science in business administration from the University of Akron and an MBA from the University of Akron as well. 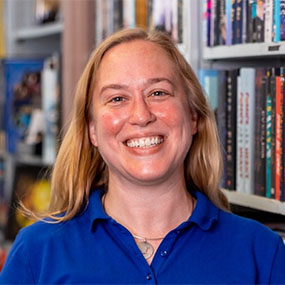 Kate Schlademan became a board member in 2018 and currently serves as Treasurer. She was a member of the Leadership Hudson Class of 2015. Their project, Pedal Hudson, resulted in Hudson being awarded a bronze designation as a bike friendly city by the League of American Cyclists.

Kate is the owner of The Learned Owl Book Shop. She is also serving her first term as the Ward One representative of Hudson city council and is an active member of the Rotary Club of Hudson Clocktower. She enjoys reading, golfing, and spending time with her family. She holds a bachelor’s degree in anthropology from the College of Wooster. 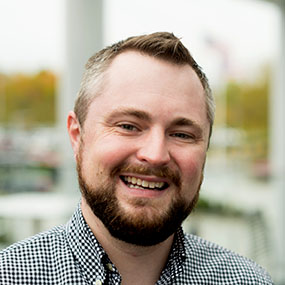 Lukas Treu became a Board member in 2020 and currently serves as the Secretary of the Board. As a member of the Leadership Hudson Class of 2018, he worked with his classmates to raise funds for local charitable organizations by creating and selling the Hudson Farmers Market Cookbook.

Gene Fitch is an inaugural Board Member. As a member of the 2011 Class, he worked with his classmates to create Screen on the Green.

Gene currently works as a Program Manager for the Tober Building Company. Prior to that, he spent 30 years in the Steel Industry. He’s served on the Hudson Park Board and the EAC. A 20-year volunteer with Ohio Special Olympics, he currently serves as the Local Coordinator for Hudson’s program, and the Swimming Co-Director for the State. He’s been the Team Ohio Swim Coach for the 2014, 2018, 2022 USA Games, and also a Team USA Swim Coach for the 2015 World Games. He holds bachelor’s degree in psychology from Akron University.

Board member Cheryl Maimona joined the Board in 2020 after serving two years as President of Leadership Hudson Alumni. She is a graduate of the 2015 Leadership Hudson class and has used that experience to serve on the City of Hudson Personnel Advisory and Appeals Board.

Cheryl is also the Past President of the Rotary Club of Hudson Clocktower, the founder organization of Leadership Hudson. Her other community activities include volunteering as a Trustee at Case-Barlow Farm, serving as Board Secretary. She is also an active member at Hudson United Methodist Church.

Dennis Hensley became a board member in 2022. As a member of the 2015 Leadership Hudson Class the project was to advocate bike riding and awareness throughout Hudson by connecting residents and visitors with the community via bike riding, coordinating bike route development with the City of Hudson and secure national recognition as a bike friendly community.

Dennis is a Senior Project Manager at Fortune Brands Global Plumbing Group in the Digital IoT group and is a volunteer firefighter in the Hudson Fire Department. Dennis served as President of the Hudson Fire Department Association and was an integral part in renovating the Hudson Town Hall into the Hudson Fire Museum and Destination Hudson. In his free time, he enjoys spending time with his family and friends, photographing landscapes and sports, and is always up for new adventures. 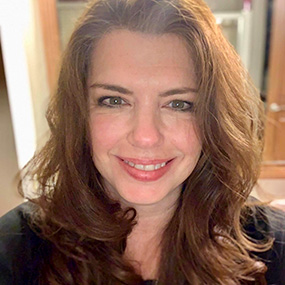 Jenn holds a degree in Special Education and has taught in a variety of classes and settings. She currently is a Substitute Teacher for Hudson Public Schools and has a small crafting business. A lot of her time is spent volunteering in the schools, currently Co-Chairing the PTO Pancake Breakfast for the 6th year and serving as Co-Head Representative for the High School PTO. Jenn enjoys spending time with her family – hubby, 2 kids, and 2 rescue pups, has a passion for traveling, and loves reading, cooking, and throwing parties. 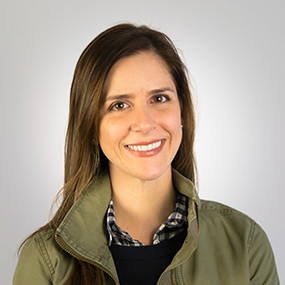 Emily’s background includes more than 15 years in the marketing and public relations fields. More recently, Emily has focused on volunteer opportunities with organizations in the Hudson community, including the PTO and Screen on the Green. Emily enjoys spending time with her husband, Kyle, and three children.

Dan currently owns and works at The Veterinary Center of Hudson, Bed and Bark Boarding and Daycare, and Dogs with Style. He also is a professional soccer coach for Hudson United travel program. He has been a proud supporter of Leadership Hudson and helped sponsor Screen on the Green, Hudson Parks, the Hudson Farmers Market cookbook, the Hudson Wine Festival, the Humane Society of Summit County, One of a Kind Pet Rescue, Maggie’s Mission, Rose’s Rescue and Seton Catholic School. When not working or playing/coaching soccer, you can find him traveling with family and friends. He holds a bachelor’s degree in biology and minor in psychology from the University of Dayton. He received his doctor of veterinary medicine degree from The Ohio State University in 2006 and graduated in the top 10% of his class.